Rock, Paper… Penguin: The newest addition to our Origami Animal collection of eco-notebooks 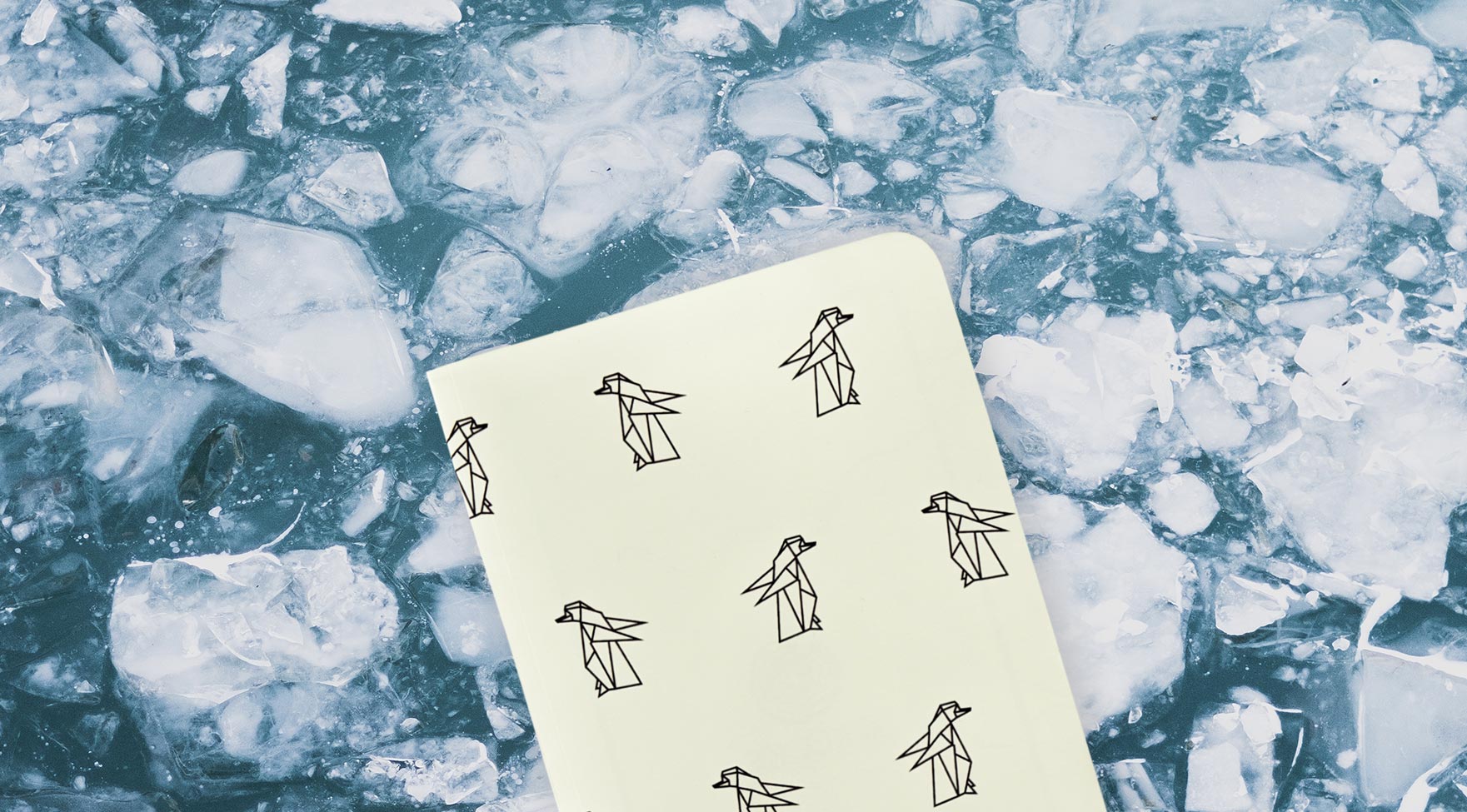 After the success of our Origami Swan Rockbook we decided to introduce a second member to the family: the Penguin. We like to think it’s an Emperor Penguin, but it’s open to interpretation.

Our tree-free Origami Penguin notebooks are limited edition – once they’re gone, they’re gone – much like real penguins, as we’ll discuss in a minute.

What do Rockbooks and penguins have in common?

Well, neither can fly, both are waterproof and, rumour has it, both feel very strongly about the threats climate change pose to the future of our planet. If penguins weren’t so busy surviving, we’re pretty sure they’d be using their energy to plot a plan to fight global warming.

Penguins, like so many other animals and plants, are affected by climate change. And if the Earth’s temperature continues to rise at its current rate, this is bad news for various species of penguins.

How are penguins affected by climate change?

At the time of writing, five of the 18 species of penguin are threatened with extinction, and three are near threatened. Eleven species population numbers are in decline [1]. In many cases the threat is a direct result of climate change.

More obviously, the species who live on the thick Antarctic ice, such as the awesome Emperor Penguin, are at risk. This is where they survive the winter huddled together, breed, and bring up their (incredibly fluffy) babies. As the earth warms their icy home begins to melt sooner in the year exposing them, especially the baby penguins, to predators and reducing their chance of survival.

But climate change also affects their penguin cousins living in warmer parts of the world, such as the Galapagos Penguin and the Royal Penguin. These penguin species each breed in only one rocky island location, and could quickly come under threat from rising temperatures. In their case, global warming leads to more intense storms (which can wash small penguins away), mounting water levels, and a lack of food as the fish and krill that make up their diet move to cooler waters.

Penguins spent millions of years adapting to survive in harsh environments. Today the way we are living is changing the environment at a rate penguins can’t keep up with. So it’s up to us to slow it down and to give penguins a chance to continue to flourish.

What’s all this got to do with Paper on the Rocks?

We might look like just a stationery company at first glance. But we’re actually much more than that.

You see, the stone paper we use in our Rockbooks is tree-free. In fact, no trees are harmed in the making of our softcover notebooks at all, unlike traditional notebooks made from wood-pulp, which rely on deforestation. Cutting down trees has a negative effect on the environment in many ways. One of which is the release of carbon dioxide, normally stored away from harm in trees, into the atmosphere. This is a major cause of global warming.

The carbon dioxide released by cutting down trees is said to make up to 23% of man-made carbon dioxide emissions. These emissions go on to warm the earth [2]. This increases the temperature of the oceans, speeding up the melting of the ice caps. It also leads to bigger, more intense storms, which are deadly for wildlife as well as humans.

Paper on the Rocks offers you, and penguins, a different ending to this story

In giving you an alternative to paper notebooks, we want to give hope to you, to penguins and to trees. By reducing the need to cut down trees we can decrease the amount of earth-warming carbon dioxide released. It’s a small step, that we hope will lead to a much bigger step, in us all changing our behaviour.

[2] The Guardian’s Ultimate Climate Change FAQ – How do trees and forests relate to climate change? (April 7, 2010)

Okay
No, thank you